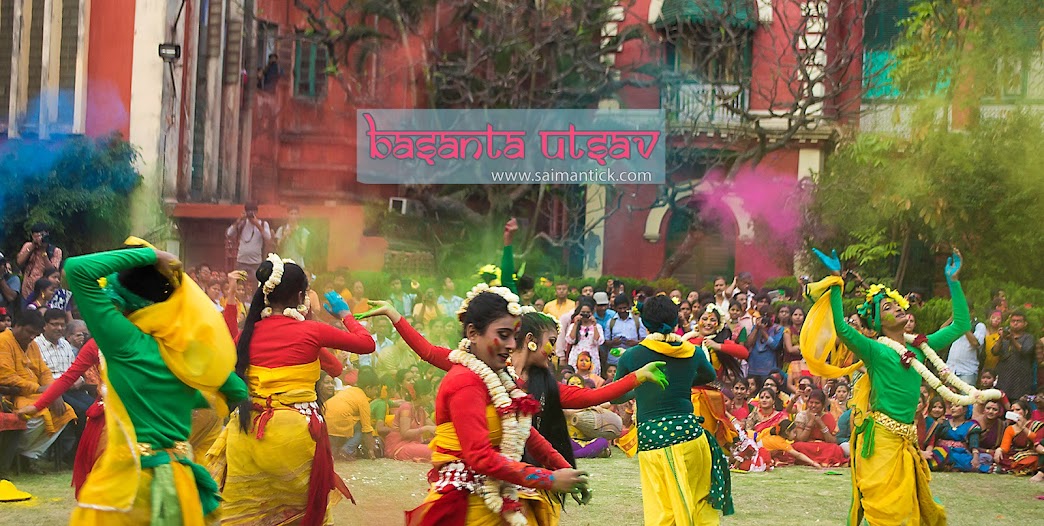 Basanta Utsav, the Spring Festival, also known as the Festival of Colors and popularly known as Holi. Holi was always my favorite festival until I got infected with Chicken Pox and my Holi went to a waste two years back. Since then I did not even touch the abir, powdered color. This year I wanted to visit Shantiniketan, as I never visited and also the Basanta Utsav is famous there. On further discussion with my Dada (Anirban Saha), I came across the event in Jorasanko Thakur Bari (which is the birthplace of the great poet Rabindranath Tagore), which is known as Boshonto Utshob and the students of Rabindra Bharati put up their performances. Being a convent educated student I am a bit ignorant towards the Bengali language, I do not hate it but the spellings confuse me a lot thus resulting in poor marks in Bengali. My dada made me listen to Rabindra Sangeet, but I did not understand a bit of it, but then he described each line and explained what each word meant. While understanding, the songs were like a beautiful picture encrypted into beautiful words. We reached Jorasanko Thakur Bari at around 2:00PM and my Dada was taking me on a small tour around the Thakur Bari as the celebration started a bit late. Frankly speaking, I was tense or better to say I was a bit ill at ease after seeing so many people and photographers all around, obviously dada calmed me down and the program started at around 3:45PM. 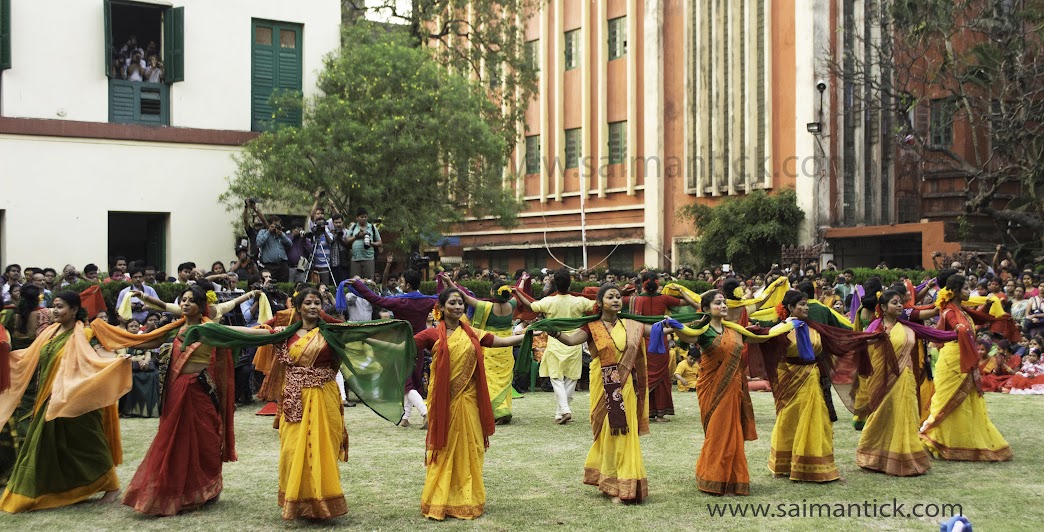 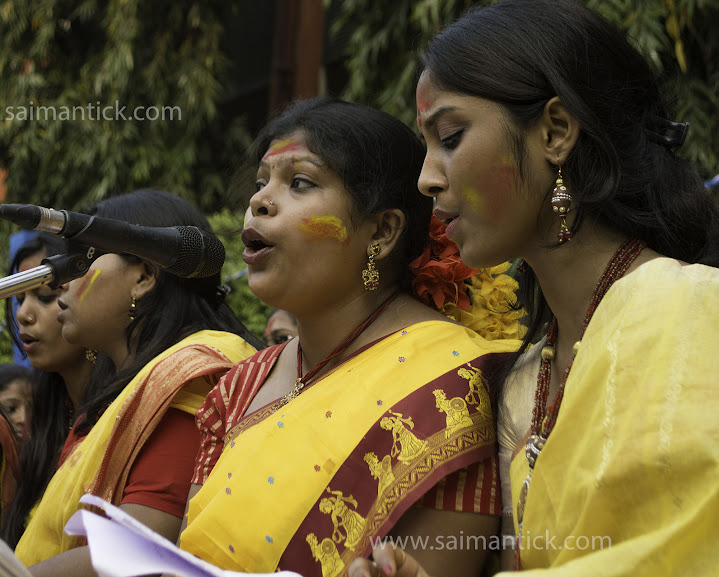 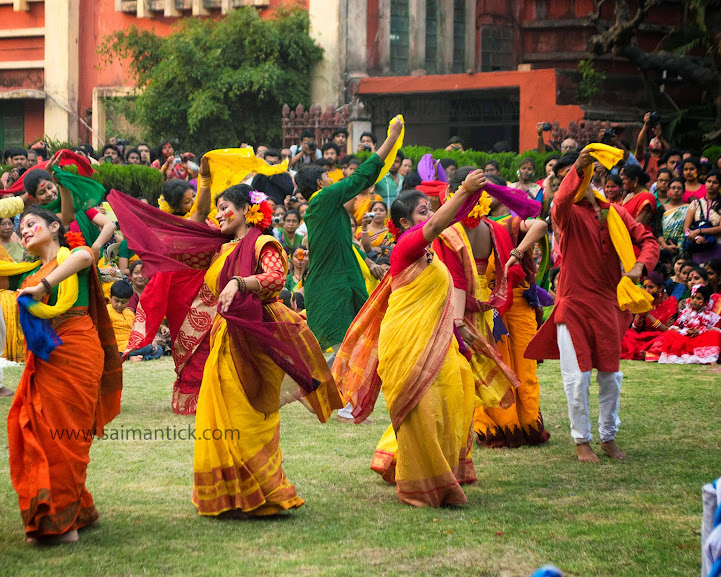 The program began with a procession of teachers and students of the Rabindra Bharati coming out from the thakur dalan, empty place in the center with buildings all around, to the field where the celebration was to take place. In the background it began with the song:

“ওরে গৃহবাসি…
খোল দ্বার খোল…
লাগলো যে দোল.”
The students were dancing in patterns, sometimes in a queue and sometimes in small groups all over the feild making it a great treat to one’s eyes. Followed by this song was:
” ওরে ভাই ফাগুন…
লেগেছে বনে বনে “
and
“আজি দক্ষিণ দুয়ার খোলা”
In between while it was the performance of the instrumental department, I was awestruck and mesmerized by the coordination, music, energy and rhythm, so much so that I stood still and kept on listening, forgetting completely to photograph. I loved this instrumental part the most. I never knew that with Indian Classical instruments such awesome music can be created. This was my first visit to a Basanta Utsav and even to the Jorasanko Thakur Bari, and I could not be a bit more happier after its experience, it seemed that a broad smile of happiness, enjoyment, refreshment, satisfaction, delight, love or what, I do not know but it was fixed on my face for pretty long hours. I would love to thank my Dada a lot for taking me to the Basanta Utsav and letting me experience What Bengali culture is?, Who Rabindranath Tagore is? and What fun is?

The program ended with the song:
” আজ খেলা ভাঙ্গার খেলা “
where all the students and teachers and almost everyone danced together and played with the aabir. 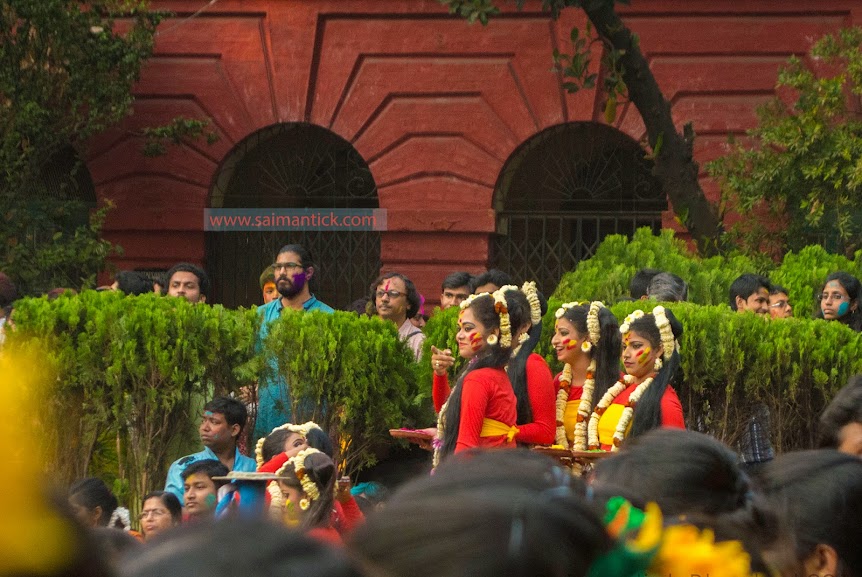 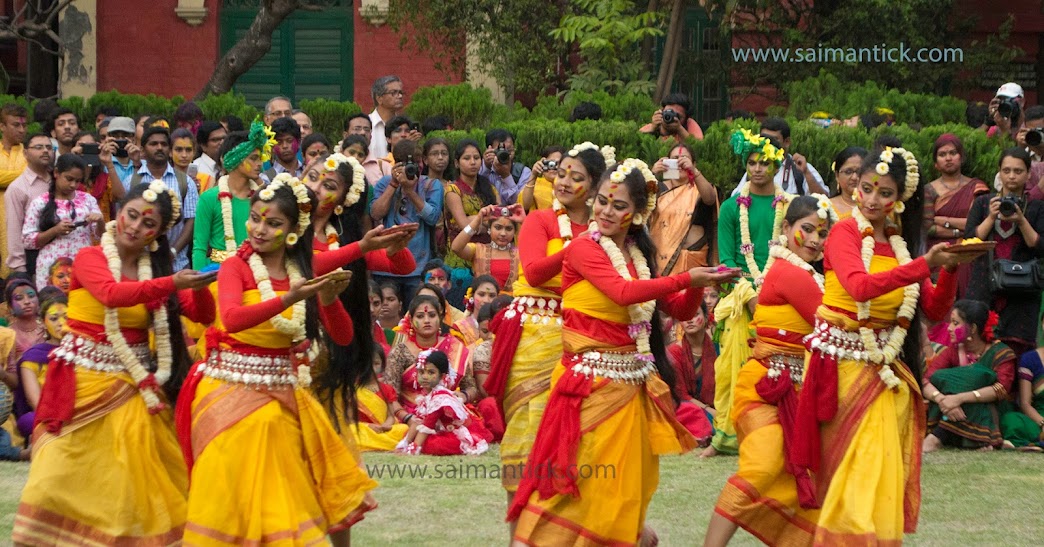 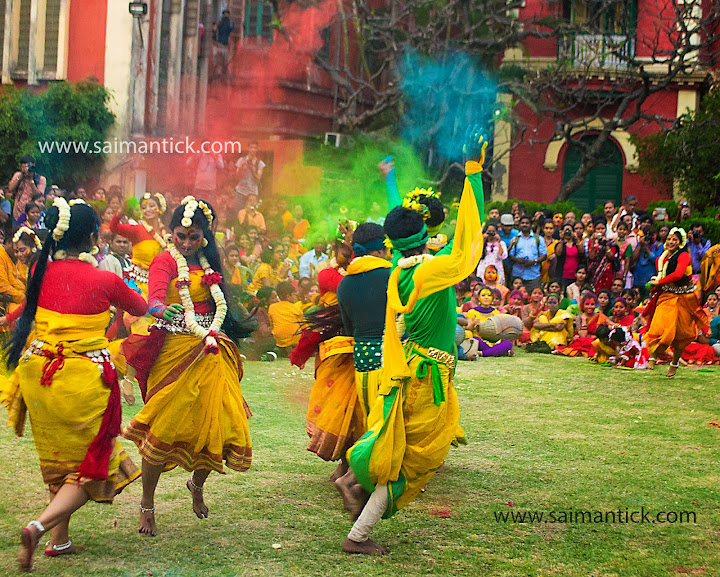 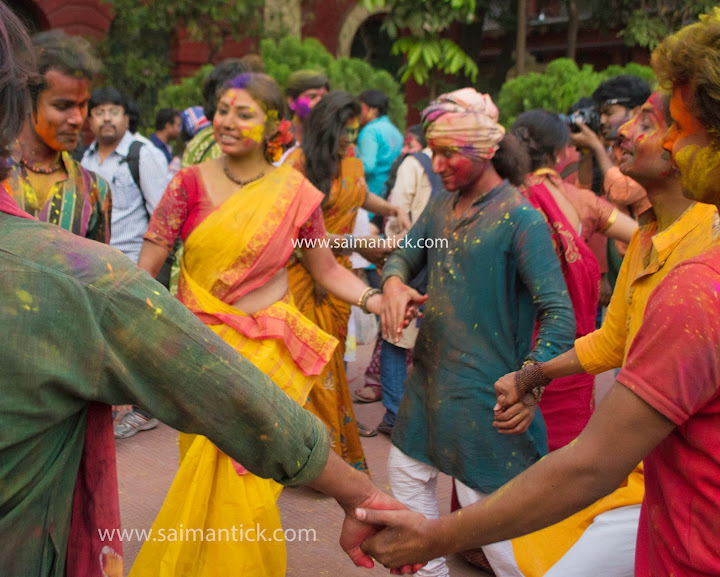 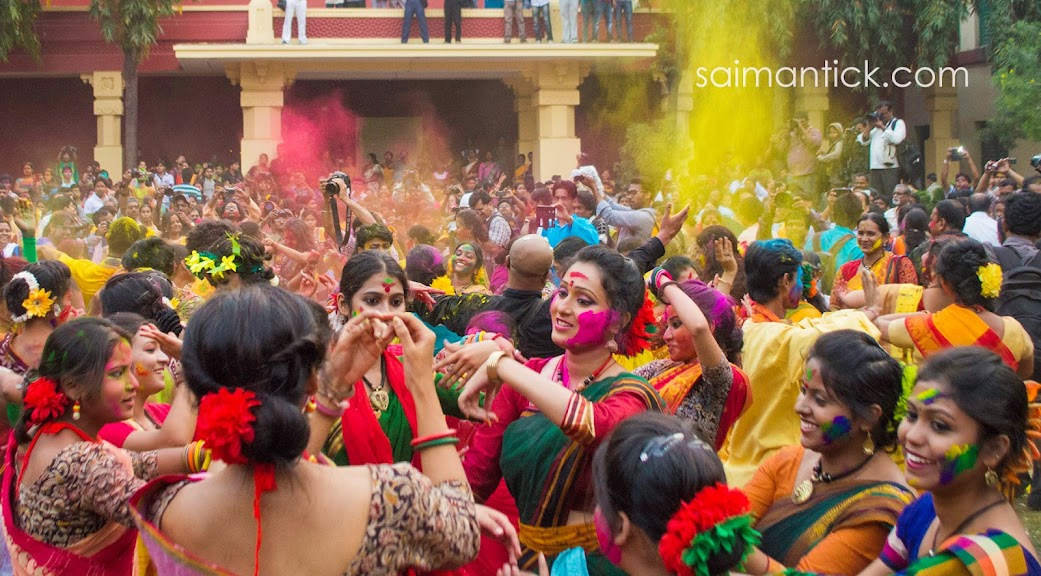 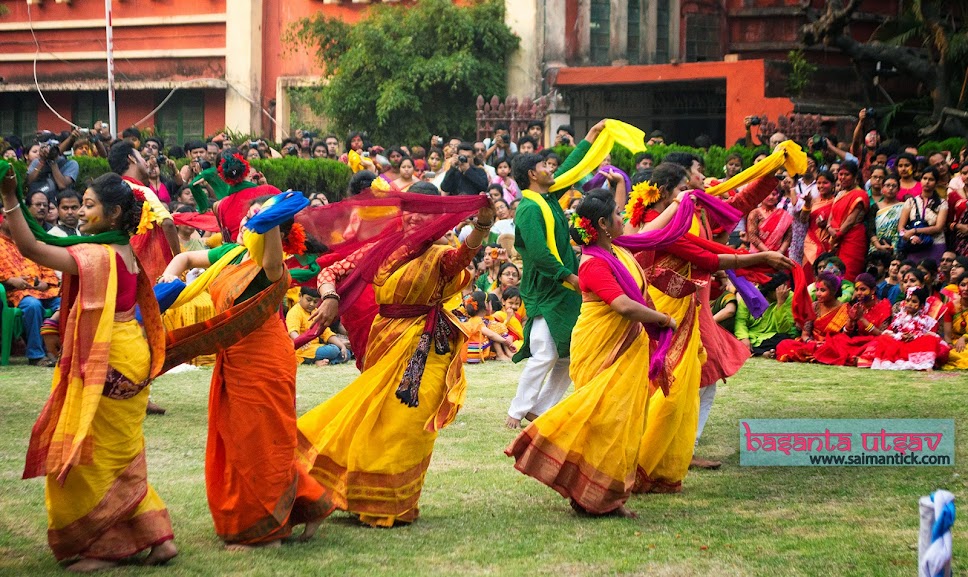 The Party on the 7th

Wallpaper Of The Week 5

Wallpaper Of The Week 2

Wallpaper Of The Week 3